SEC Lawsuit Could Shape the Future of Crypto

The power of a nation is seen in the power of its currency. Currency, after all, is just the expression of faith in a system. Fiat currency is valuable because the government says its valuable and people believe the government can enforce its rules and maintain its credit. When the economic foundation collapses, the ruling class does too. We should never forget how the French Revolution began – the Ancien Régime couldn’t pay its bills. That’s what led to the call for the Estates General.

For years, even decades, people have been predicting the “collapse” of the United States because of the growing national debt and the supposed downfall of the dollar. It’s not happened yet and there’s no reason to expect it in the immediate future. However, faith in American institutions has clearly fallen in the last year. Belief is the true coin of the realm.

According to a recent poll from Axios/Ipsos, Americans’ faith in the government at all level declined at all levels (local, state and federal) until the FDA approved the first COVID-19 vaccine. The U.S. dollar index has fallen by more than seven percent in the last year. About 20 percent of all American dollars in existence – more than three trillion dollars – were created in just the last year.

America can do what other nations can’t because the dollar is the world’s reserve currency. Modern Monetary Theory, which holds that governments can print money without necessarily causing inflation, is also becoming increasingly popular in progressive and even some right-wing political circles. Of course, the theory says what would-be rulers want to hear. MMT essentially claims that you can have your cake and eat it too, because printing and spending money to achieve full employment won’t necessarily lead to inflation.

Whether this is true or not is beyond the scope of this article. Academics are furiously debating it. However, markets have a mind of their own. At least some investors are looking for alternatives to fiat currency with precious metals and cryptocurrency. Bitcoin is above $23,000 as of this writing, an almost $16,000 increase in one year. A year ago, Ethereum cost less than $129. On December 23, it topped $635.

Yet a government, to be credible, must have something close to a currency monopoly. If something else becomes “legal tender for all debts, public and private,” the state loses one of the basic pillars of its legitimacy. While cryptocurrency is growing in popularity and Bitcoin is positively respectable, there’s a certain point at which the federal government will remind the markets who is really in charge.

The SEC may have just done that. The cryptocurrency with the third-highest market capitalization is (or was) XRP. The SEC just sued Ripple Labs, arguing that the company had raised $1.4 billion (at least) by selling tokens without registering it with the agency. Of course, this raises a basic question – is XRP a currency or a security? When you hold XRP, are you holding a medium of exchange? Or is it essentially a share of Ripple Labs?

Bitcoin and Ether are decentralized and considered to be detached from any singular institution. The SEC considers them currencies (at least for now). In contrast, Ripple owns the majority of XRP tokens in existence.

However, Ripple denies any wrongdoing. It doesn’t “control” the price and the company isn’t the middleman for all XRP transactions. According to Ripple CEO Brad Garlinghouse, 95 percent of Ripple’s customers are not in the United States. He’s called the lawsuit “an assault on crypto at large.” “The SEC is fundamentally wrong as a matter of law and fact,” he said.

Garlinghouse has also questioned the timing of the suit, implying that the outgoing Trump Administration is more hostile to XRP than the Biden Administration will be. Besides, as he noted, the SEC seemed fine with XRP operating for the past eight years.

Garlinghouse is right that there is a lack of regulatory clarity surrounding cryptocurrency, especially as the number of assets continues to multiply. Some that started off as gags now have real value. Tesla [TSLA] head Elon Musk will occasionally tweet something about the joke asset “Dogecoin” and it will immediately spike. In fact, he did that this week, simply tweeting “One Word: Doge.”

Dogecoin increased by 20 percent. Dogecoin has a market cap of about $570 million. People make real money off these trades. And of course, who can forget what he tweeted this summer: 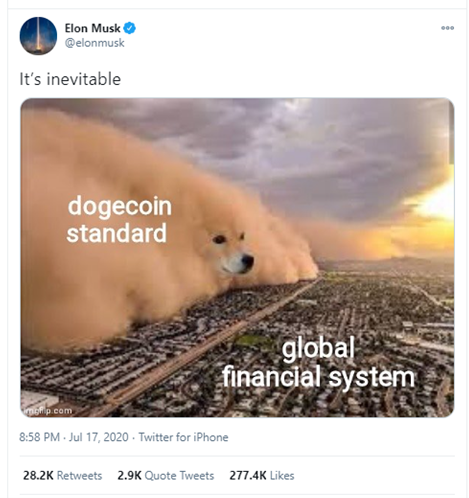 There is no escape

The question is what role these assets will play as governments develop their own digital fiat currencies. As I’ve written here before, China is well ahead of the United States when it comes to developing a digital fiat currency. However, some traders want to escape government control or untrustworthy institutions altogether. Others simply want more legal clarity, fearful that governments will suddenly ban certain cryptocurrencies on an arbitrary basis. Garlinghouse has made precisely this charge, accusing the government of “picking winners” in the cryptocurrency sector.

The SEC’s action against XRP, which had been on a tear before the suit, seems like a shot across the bow of the entire industry. XRP was far from fringe and the entire sector is clearly shocked. However, the SEC’s suit doesn’t really clarify the situation. Instead, it just makes it more confusing. The combined assets tracked by Coinbase were down by more than 3.75 percent Wednesday, with XRP losing almost 40 percent. The situation is going to become even more chaotic because Coinbase itself has filed to become a publicly traded company.

American regulators have a dual challenge. They must set consistent regulatory policies regarding cryptocurrency and overcome China’s advantage in digital currency. Otherwise, they risk losing control over a huge source of market capitalization.

For investors, the prudent play now is to stick with the big two, BTC and ETH, while we wait to see how the regulatory struggle plays out. The incoming Biden Administration, staffed with many Silicon Valley veterans, make take a different approach.

However, there will never be worldwide government coordination when it comes to cryptocurrency, especially when some tokens are designed specifically to avoid such regulation. If XRP is felled, something else will take its place. Unless you are closely tracking social media and cryptocurrency forums, steer clear of the smaller assets. Either that or just buy Dogecoin and make sure you have an alert for every time Elon Musk tweets something. 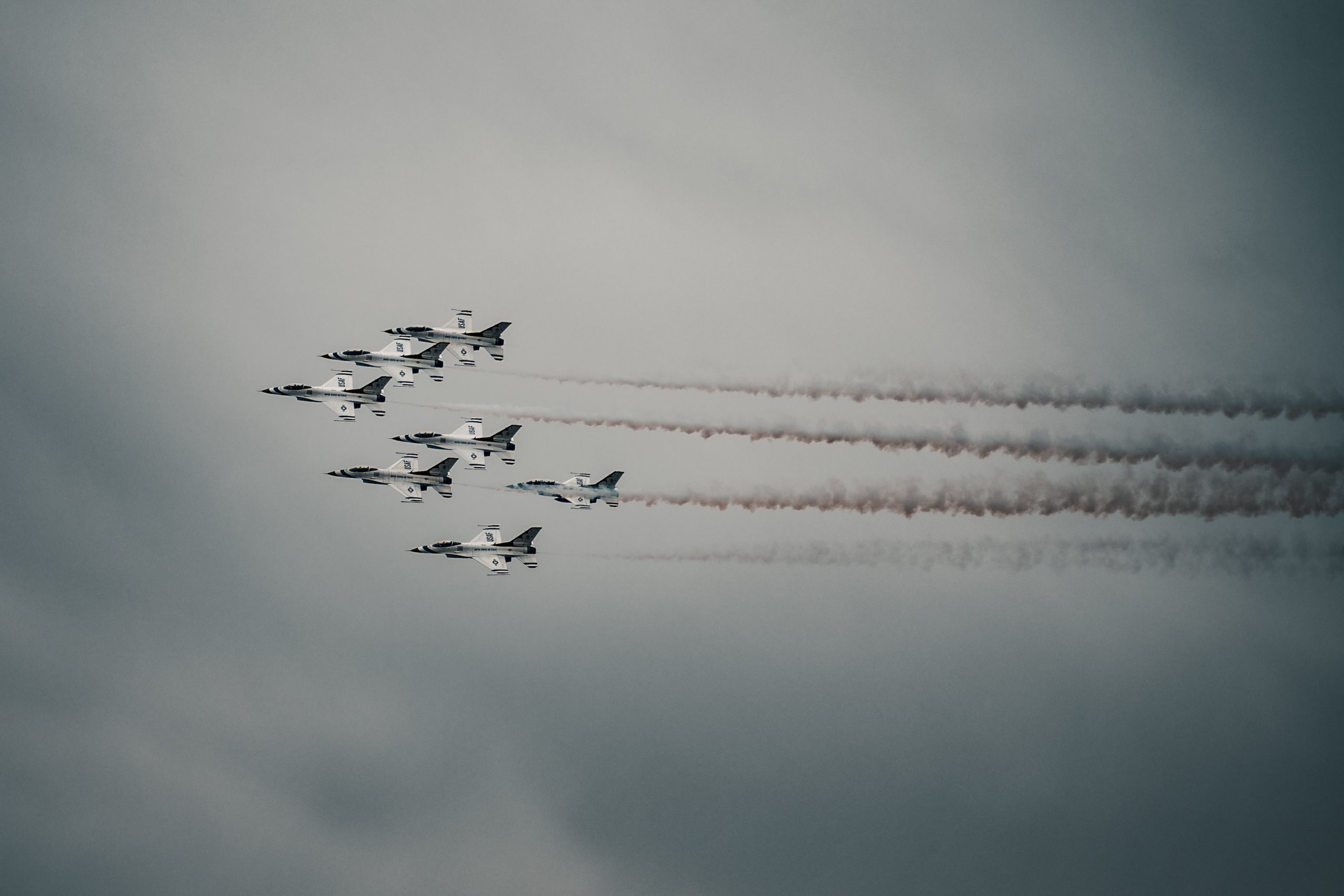