The Test Of Faith

A few weeks before COVID-19 panic hit the United States, there were a few rumors about a mysterious disease that had hit China and some Chinese diaspora communities overseas, especially in Italy. There was bizarre footage of people passing out in the street, Chinese in hazmat uniforms on patrol, and excited calls to ban migration from certain areas.

Few paid much attention. Instead, many urged Americans to ignore fearmongering and to go about business as usual. Within a few weeks, the narratives changed dramatically and the same people were demanding lockdowns and travel restrictions. Many people thought it was just for a few weeks to “flatten the curve.” Instead, we are in an utterly transformed world, and the “Before Times” don’t look to be coming back.

Fast forward to now. American-made COVID-19 vaccines have proven broadly effective in preventing death and severe disease among those infected. However, the vaccines have not been proven to totally prevent infection. Instead, protection against infection fades relatively quickly, requiring the use of booster shots, at least for the immunocompromised. Adding to the confusion, Finland, Sweden, and Denmark have paused the use of Moderna’s (MRNA) COVID-19 vaccine for males under the age of 30 because of rare cases of myocarditis, a kind of heart inflammation.

It’s one thing to dispute “conspiracy theories” when they are on Facebook (FB). Those like whistleblower Frances Haugen may be right about the need to control misinformation. However, the fact remains that the Scandinavian social democracies seem to be more skeptical of some of the narratives surrounding vaccines than the United States. It’s not surprising that some people might take this skepticism farther than is warranted.

Mainstream media outlets are also coming to terms with something that consumers have been noticing for the last six months. The supply chain is coming perilously close to breaking. The United Kingdom and Europe (which, thanks to Brexit, we need to speak of as two separate areas) are being crushed by soaring energy prices. In Lebanon, the entire nation lost power this last weekend. In the United States, there is the bizarre spectacle of ships patiently waiting for their cargo to be unloaded at ports on both coasts. As The Washington Post reported, there is no national system that allows for information to be distributed efficiently across different ports, leading to unnecessary delays.

On top of this, we have the utterly surreal situation involving Southwest Airlines (LUV). “Fact checkers,” the airline, and the pilots’ union have denied reports that the mass cancellations of flights are the result of employees resisting vaccine mandates. However, these reports are being taken skeptically. More importantly to investors, LUV shed more than 4% during the trading day yesterday as disruptions continued into Monday. Not a few people are asking what happens if similar things occur with other airlines, shipping, or transportation companies.

Yet we shouldn’t regard this instability as something limited to America. In China, the supposedly inevitable economic superpower, there are real worries about the foundation of its economy. The Evergrande debt crisis has been merely delayed, not settled. Another Chinese company, Fantasia, failed to make a debt payment last week. Yesterday, Evergrande failed to pay more than $145 million in debts. This is the third overseas bond payment that the company has missed in less than a month. What’s worse, two other Chinese companies, Modern Land and Sinic Holdings, are warning of possible defaults.

All of this is occurring against the background of increasingly explicit tensions between China and the United States over Taiwan. While China has stressed its commitment to “peaceful reunification,” Beijing will never concede that the island should be free to determine its own destiny. Recent reports that American troops are already on the island training the Taiwanese military (which was something of an open secret anyway) aren’t likely to make the Chinese government soften its position.

I’ve written of my worries about the Chinese government’s attempt to bring corporations, entertainment, cryptocurrency, and even ideas about gender rules under firm state control. (Witness the bizarre ban on “effeminate” males on television.) What’s interesting is that the United States might be using similar tactics, albeit to defend different ends.

The hearings on Facebook (FB), the government’s push to limit misinformation about the pandemic, and Washington’s worries about foreign powers exploiting social media show that control of Big Tech is now a national security issue. This is not something that is limited to “Left” or “Right” – after all, it was the Trump Administration that was reportedly considering a ban on TikTok because it was supposedly controlled by China.

What’s really facing ruling systems in China and the United States is a crisis of credibility. People don’t know who to believe. There’s a perception that one system or the other, or perhaps both, are breaking down. It doesn’t help that each power is attempting to undermine the other. Other actors (including, of course, Russia) are furthering the chaos.

This applies to what we would think is the factual, dispassionate world of financial analysis. Jamie Dimon, JPMorgan Chase CEO and Chairman, said that “Bitcoin is worthless” on Monday. Of course, he conceded that others might disagree. Evidently, a lot of people do. Bitcoin has been on tear in recent weeks.

Now, the SEC is reportedly working through the night to come up with some regulations on cryptocurrency. While many crypto enthusiasts may grumble at this, the step is inevitable and may even be desirable in the long run. Nonetheless, the larger motivation behind cryptocurrency – the separation of currency from state – may survive regulations and crackdowns. After all, China’s unceremonious booting of Bitcoin miners has done little to stop the currency’s surge in value.

This is an age of misinformation, disinformation, and mystery. Few know who to trust. Malicious actors are deliberately muddying the waters. More importantly, governments, be they “authoritarian” or “democratic,” now believe it is a necessity to moderate the information that people see and hear. That in and of itself is going to drive people to seek alternatives and escapes from the existing system, whether you’re in Beijing or Washington DC.

It’s a test of faith. In an age of collapsing institutions, whom can you trust?

What’s truly frightening is that we really on the edge of an abyss. It is very easy to see inflation in the United States spiking to new heights if there is a major supply chain disruption, be that from a natural disaster or a wildcat strike. In China, the inflated real estate market that has allowed the government to brag about massive economic growth may be brutally undercut. Finally, as both systems have to deal with internal tensions, the temptation will be to seek out a foreign conflict to maintain support at home. Obviously, the Chinese government is the most likely to move in this direction. Its legitimacy is built on the promise of eternal economic growth. If it can no longer deliver that, it will have to turn to nationalism.

I doubt Chinese leaders are so foolish as to actually want a serious conflict… but accidents happen when ships and planes are repeatedly challenging each other in a relatively small area. The fact that Taiwan is arguably the most important location on the planet when it comes to semiconductors increases the stakes. Posturing could easily spiral into disaster.

How should investors respond? Specific moves will change day by day. At this point though, I’d consider three premises when forming a general strategy.

This may seem overly grim. Yet the last two years have, if anything, rewarded a certain pessimism. While the COVID-19 pandemic may have peaked (and new treatments, such as that from Merck (MRK), may be coming soon), the global instability, supply chain disruptions, and competition over raw materials will only intensify.

From an individual perspective, it’s best to approach the world with an Abundance Mindset. But when making the tough calls on investments, I’d choose Realpolitik over blind optimism. Most importantly, whether that press release is from a private company, the Chinese government, or an American politician, never take what you read at face value.

This does not mean taking a bearish stance. There is always a bull market somewhere – as Bitcoin’s current rise shows. Few would say the last two years have been orderly, but investors have benefitted from a soaring stock market. A well-functioning society and a booming stock market aren’t necessarily connected. Individually, we can’t do much about the former, but we can benefit from the latter.

However, to do that, maintain a certain skepticism. Sometimes, institutions tell the truth. Unfortunately, there’s usually more happening beneath the surface than they are willing to admit. 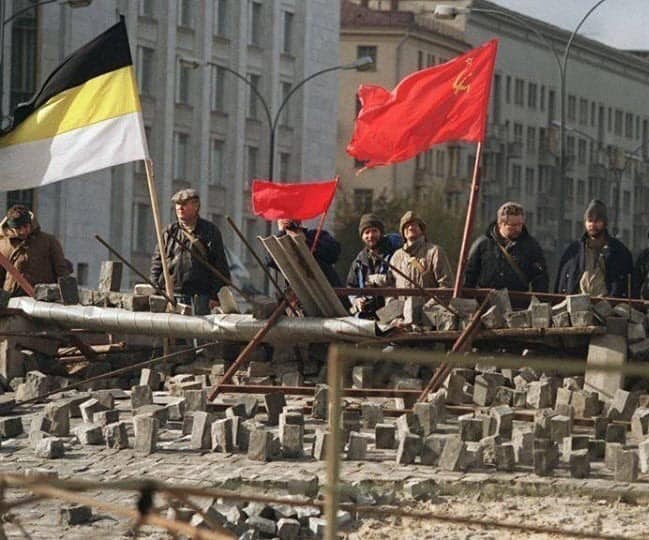