No surprises, but it seems like a lot of people panicked anyway.

The Federal Reserve increased interest rates by 0.75 basis points, which is what we thought they would do. Both the Dow and NASDAQ were down big – but that may have more to do with what Fed Chairman Jerome Powell said than what he actually did.

Alluding to further rate increases, Powell said that there was no “painless” way to bring inflation down.

The benchmark interest rate is now at its highest level since 2008 and it will almost certainly have farther to go this year. I’m reminded of Ray Dalio’s prediction that the market could take a hit of 20% if interest rates rise farther.

Of course, this will be spread unevenly. Some sectors will continue to gain despite or even because of this top-down imposed recession.

The dollar was up sharply, hitting a 20-year-high, with USDU (an ETF tied to the dollar’s valuation) hitting a 52 week high.

The other bit of apocalyptic news that hit yesterday should also not have been a surprise. Russia’s Vladimir Putin called for “partial mobilization,” which will boost the number of troops for his invasion of Ukraine.

The nature of the conflict is also set to fundamentally change, as Russia, after some “referendums,” will regard its occupied territories as part of Russia itself.

Though there were some scattered protests in Russia, notably in St. Petersburg, this isn’t a Stalinesque draft of the entire population. One almost admires the ruthless savvy – his action will only impact those with military experience. Other sources of warm bodies – foreign volunteers, prisoners, and the infamous Wagner Corporation will also hit the front lines.

One wonders if some of the people arrested for protesting will be sent to the front… anyway, I’m especially glad to be an American today.

But that doesn’t mean we’re isolated from global problems. The real danger is that the Fed will continue to impose costs on the economy while the economy is hit by supply issues that aren’t under the control of the central bank.

These include the massive dislocations that came from cutting Russia out of the global economy, increased military spending and aid to Ukraine, and the occasional Chinese production halts because of COVID-19 and the frankly insane “zero COVID” strategy.

It’s time to trust in your technical toolkit, the one we’ve been trying to give you since you joined up with us. There are still spectacular wins possible.

More importantly, if you can stay liquid and strike at the right time, it’s in markets like this where the foundations for fortunes are made. 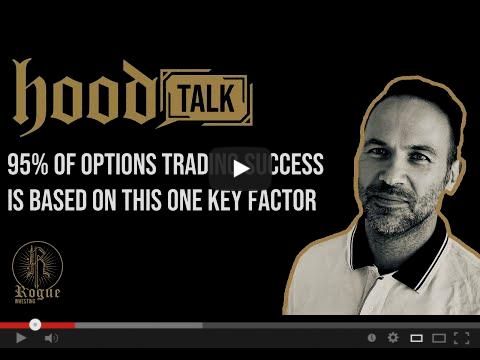 Fed Raises Rates… and the Prospect of Recession

If you don’t know what this means, blowing up your account is losing every cent of your trading money. The loss can be even greater if you’re operating on margin.

So what causes traders to lose everything?

Is it because of their win rates? Entry and exit points? Or is it the tickers they play?

None of these will necessarily wipe out your account.

Many traders are in a panic because of the Federal Reserve’s moves on interest rates. Take a deep breath before acting – the consequences could be massive.

Instead, take a moment and read some wisdom from Your Trading Coach Chris Hood about how not to blow up your account.

DON’T GET WIPED OUT

You’re receiving this email because you’re signed up for alerts from Dawn Report. Make sure to keep them coming by whitelisting Rogue Investin