“Markets Post Worst First Half of a Year in Decades,” screamed the headline in The Wall Street Journal. I have to laugh. This means nothing. The whole point of what we do is to find ways to win in any market – even if the economy as a whole is in a recession. And that’s also […]

“Crypto Winter?” More like a crypto Ice Age. Coinbase (COIN) continued to plummet and Robinhood (HOOD), with talks of a takeover fading, once again ended in the red. BTC is struggling to hold $20,000 and ETH is below $1,200. What’s the right move in this situation? What should we do immediately? What is the correct action to […]

The gains sometimes come when you least expect it. Robinhood (HOOD) has been having an absolutely ruinous year. From a high of over $70, it has declined to under $8.00 a share. However, it spiked yesterday based on a report from Bloomberg that crypto exchange FTX, headed by Sam Bankham-Fried, may be exploring a takeover. Trading […]

“The baseline is stagflation, what we are experiencing now – inflation high, growth slowing down.” That may sound alarmist, but it’s what economist Mohammed El-Erian, the president of Queens’ College at Cambridge University, thinks is already happening. He blames the Federal Reserve for mishandling the situation – and thinks there is a real danger that […]

“We are in a gas crisis. Gas is a scarce commodity from now on.” That was Robert Habeck, German Minister of Economic Affairs and Climate Action. Russia cut off natural gas shipments to Europe in response to EU sanctions and weapons shipments to Ukraine. What could the world be facing? To quote Habeck again, nothing […]

“Do it now. Do it today.”Great life advice? Well yeah. “A good plan violently executed is better than a perfect plan never executed and all that.” Still, while that’s true 99% of the time, sometimes it’s best to go Zen in trading. Don’t act on impulse – act on a plan. But who was saying […]

This isn’t something we thought we’d have to write, but you all need to know some tragic news.It’s with the greatest sadness and regret that we must announce Dr. Kent Moors died in his sleep last weekend.He was a guide and a trading genius. His Spy Tales were a window into his professional life with the CIA and […] 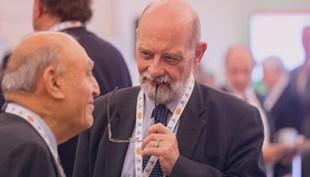 “This isn’t something I wanted to write, but we must both mourn and move forward together.”

Time for a surprise rally? Futures were up early this morning and Asian stocks were rising… However, things can shift quickly, as countries around the world are considering further hikes on interest rates, something that could challenge growth prospects. At a recent international summit, Russian president Vladimir Putin spoke about a new world order and […]